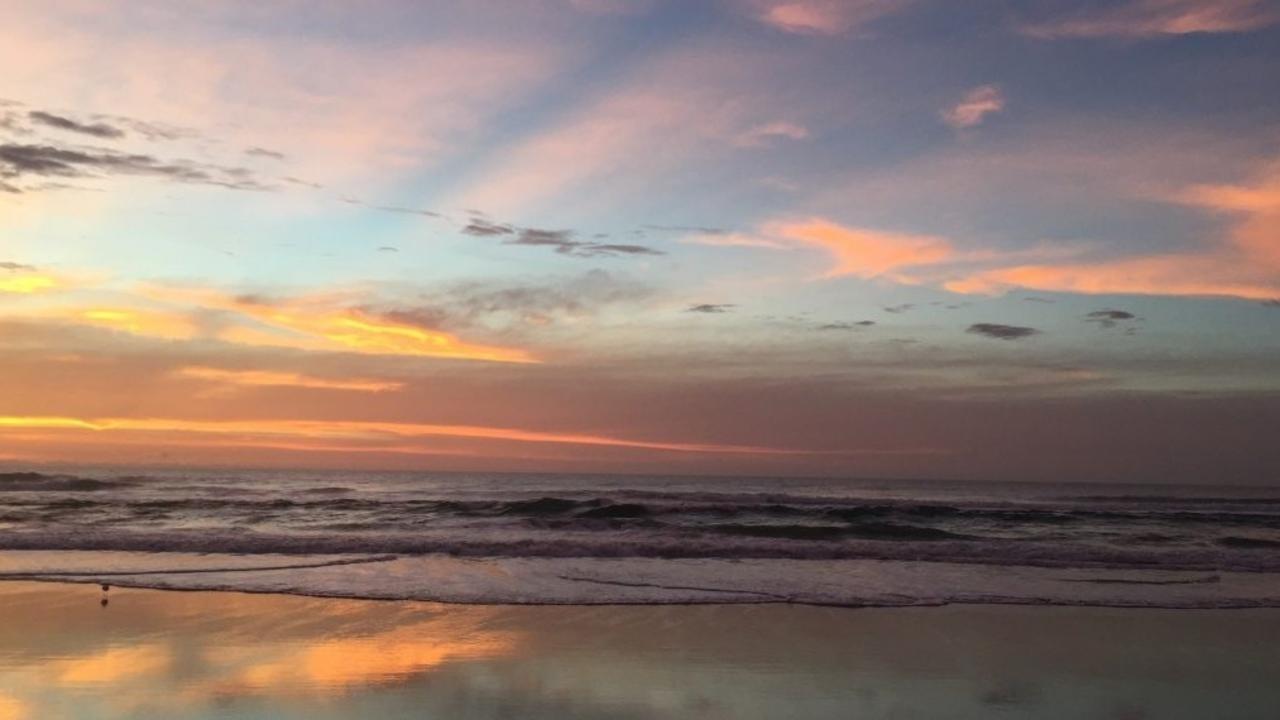 Back when I was 24 I was suffering from stress induced angina. My heart was in physical pain and it was sore, tingly and the aching grew whenever I thought about ‘work’.

I felt trapped. It was one of my first full time jobs and I remember feeling like I was loaded with all this work that needed to be done, however the environment was not making it possible to achieve it.

Most of the work time was not productive and just amplifying the stressful situation. Big deadlines, big responsibility, cutting edge work, therefore little support and too many balls in the air. It felt like only 20% was spent on projects moving by forward while the other 80% was meetings about meetings, people’s birthday morning teas, switching projects, regaining momentum after lunch and interruptions.

Here I was suffering physically and mentally and there was this huge inefficiency which I really did not care for what it was costing me!

Everything seemed to be spiralling out of balance…

I would even drive past my grandparents place and be in too much of a hurry to stop to say hi. They would be sitting out the front, next to their tennis court in the garden waving at everyone they knew who beeped their horn. But I was in a hurry. In a hurry to get to an unproductive place. (How stupid, I wish I had stopped in daily, even for 5 mins)

Eventually everything was getting totally out of balance. Working late nights became normal, public holidays, going above and beyond for someone else’s dream.

Something had to change. I had to plan my escape.

What I did notice, was that the ‘contractors’ were pretty much the only ones ‘doing the work’. I wanted to be like them.

They came in the workplace, were paid well, did awesome work and most importantly everyone left them alone. They got stuff done!

They also seemed to smile more and looked healthier!

I decided, for me, arriving in the city at 9 and leaving at 5 plus working all night was a jail sentence.

I knew if people gave me space and let me do my work I could produce more magic in half the time.

However, I felt owned. I felt like someone else controlled my time and therefore what I did during that time.

I knew deep in my heart I needed to be near the ocean and in my own energy flow.
I wanted to know what the wind was like, the waves where like, what the water looked like and if there was any swell.

Thinking of that took my chest pain away.

I wanted to smell the sea air and get my ‘ocean fix’ every day before work.
The ocean time would be for ‘me’ then the rest of the day can be for someone else.
So, I started to visualise a dream.

If I could get the same amount of work done, or more, in half the time at double the hourly rate, I could spend the rest of my time at the beach and generate the same income.

Everyone would leave me alone to work my magic because contractors were ‘expensive’ and I could have the best of all worlds.

After a few weeks I built up the courage, I had the difficult conversation and resigned from the job. And, yes, it turned out I was offered the same work at the same place, half the days at twice the rate!

I packed up and relocated my life to the beach and commuted to the city to work.
My work improved and my days became full and whole.
The beach saved me. The ocean saved me. My heart became healed.

Everyday since then I see the ocean. I drive past it, I look out a window at it, I walk on the sand. I do not care if it’s windy, cold, rough and ugly. It’s amazing and everyday is different. I love when it is magical and within a second I feel like I am on holidays and at peace.

It only takes a glimpse to start its magic.

The ocean brings me energy and when I am full of its presence I do my best work and thinking.

So, when I look and take photos of the ocean it is not only my heaven, it saves me and energises me every day. 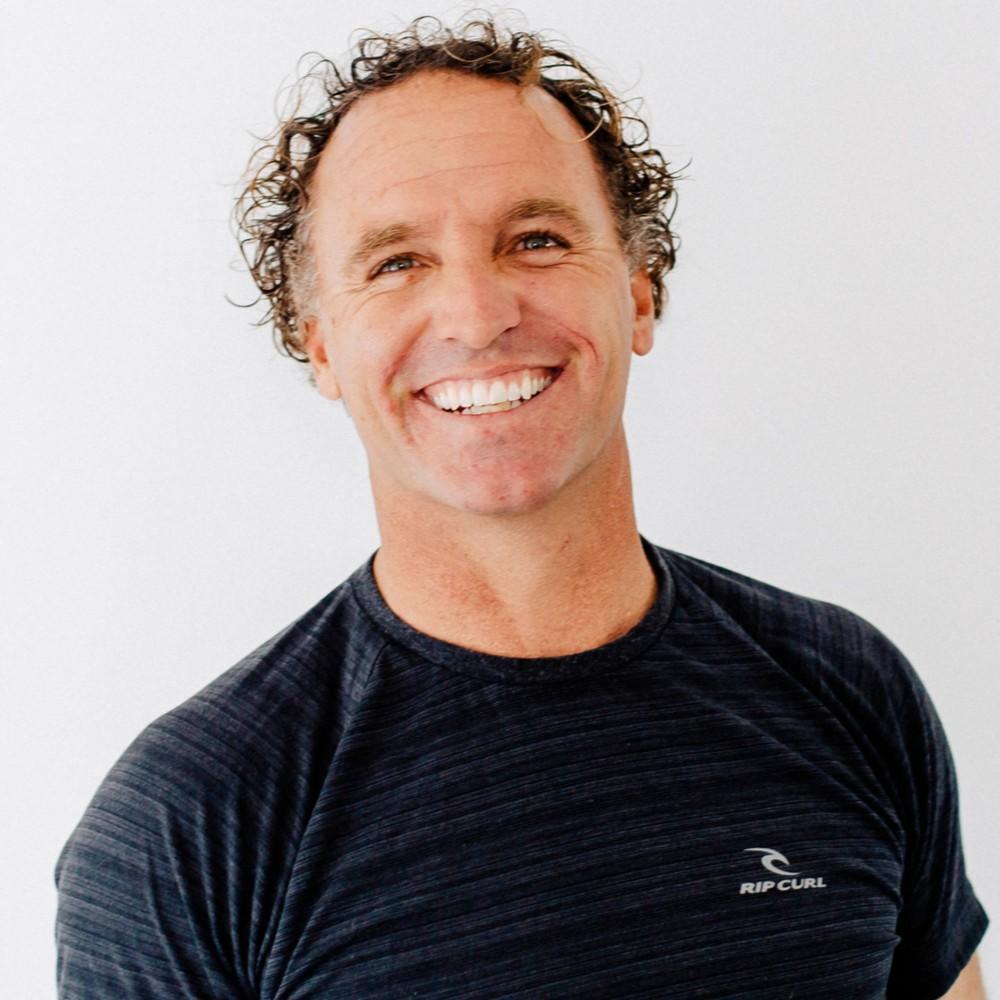 OCEAN THERAPY: Thoughts from the Ocean by Michael Maidens

Over the past 10 years I have built a business and lifestyle around helping knowledge based businesses reach and impact millions of people online.

I have helped many businesses in the health and personal development industries launch digital products, physical products and innovated the way in which documentaries are launched online.

More recently I have created a flagship product and coaching group called The Offer Academy which enables students and clients to see their magic in a new light and empowers them to fall in love with their offer so others will too.

Sign up below to receive daily 'Ocean Therapy' from me to your inbox. 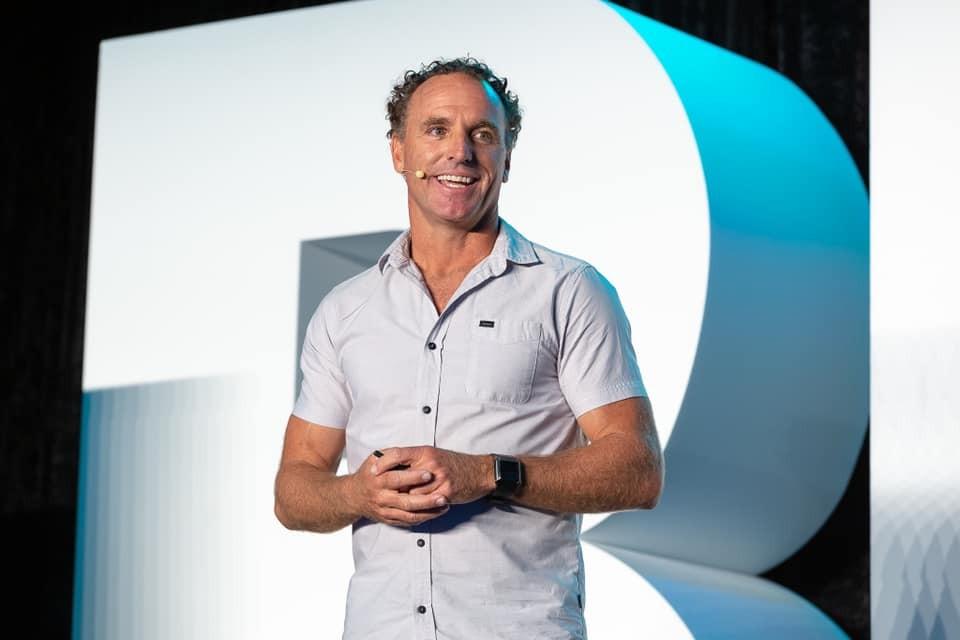 Sign up to the waitlist to be invited to the next upcoming FREE Training presented by Michael Maidens. 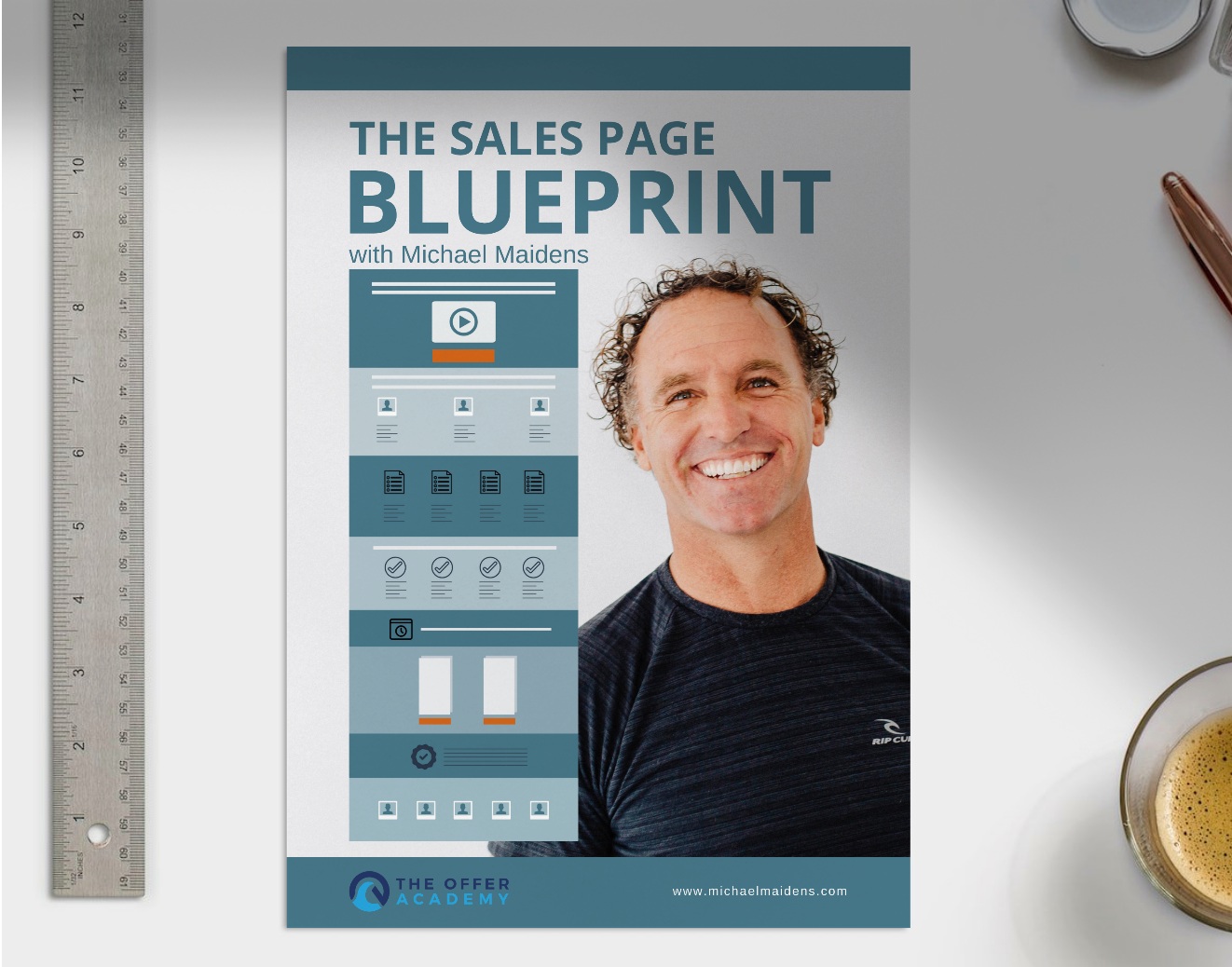 Discover how to structure a sales page and display the aspects of your offer. 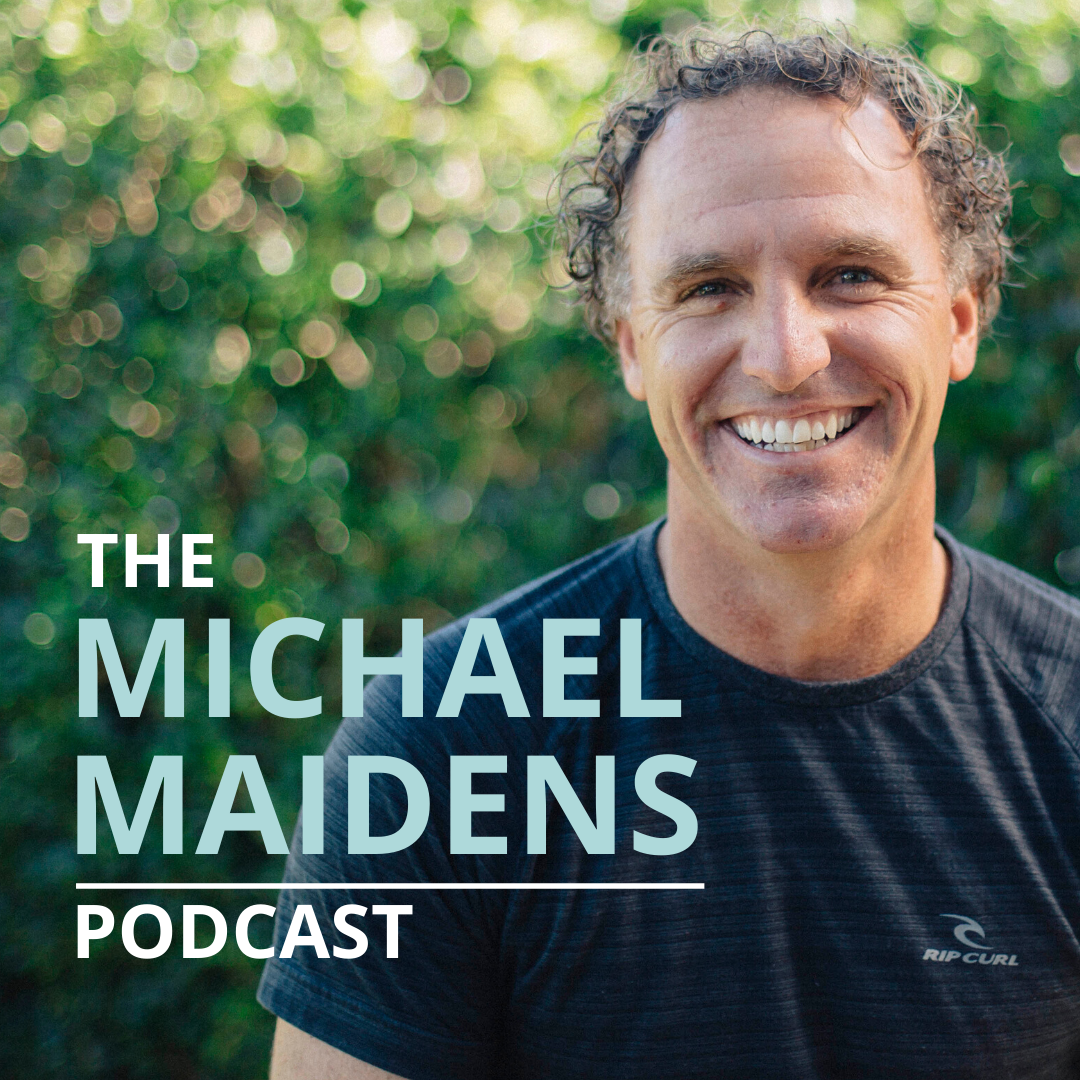 Register your interest below and we will let you know when the first episode drops! 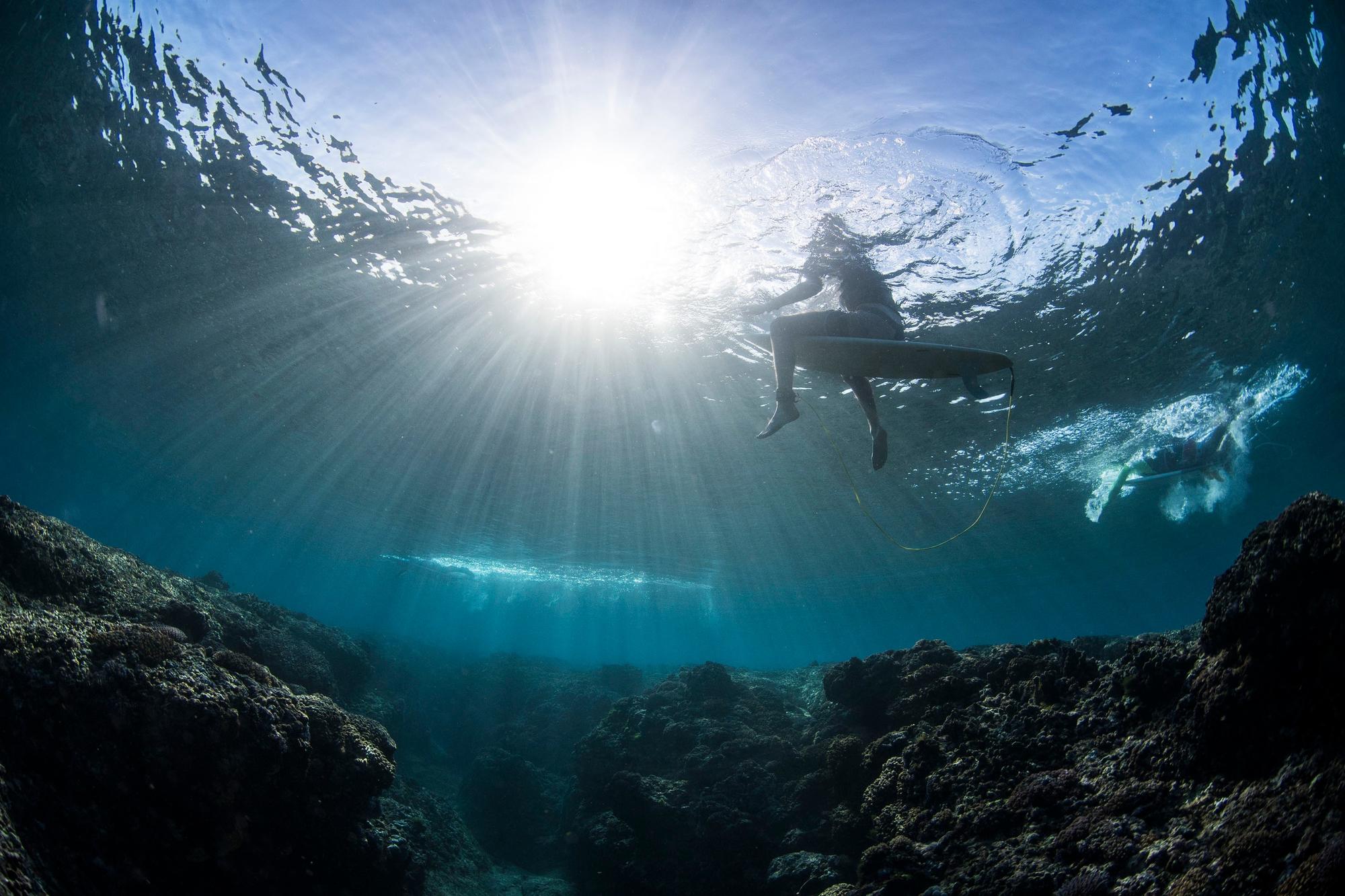 Enter your details below to receive daily 'Ocean Therapy' to your inbox.

Living in flow whilst building a business and life you love.